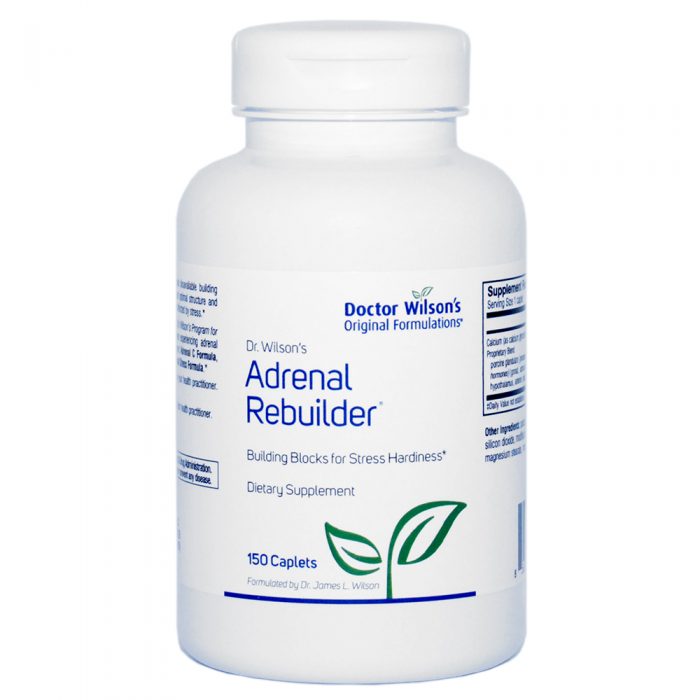 Your ability to cope with stress relies on the strength and function of your hypothalamus, pituitary and adrenal glands (together known as the HPA axis stress response system). These glands respond to each stress you experience by producing and secreting hormones that regulate just about every process in your body to help keep you in balance and healthy.

Your adrenals are your main glands of stress and produce over 50 hormones that help you mentally and physically handle and adapt to stress. If your adrenals get overwhelmed and fatigued by severe or frequent stresses, you will probably feel fatigued and overwhelmed too. Plus pretty much everything else (libido, concentration, digestion, immunity, blood sugar, etc.) will likely experience a low, as well.*

The glands of your HPA axis may be little but they – especially your adrenals – have a big impact on your stress resilience, energy and overall health and vitality. Providing the raw materials to help keep them fit and strong can be an important key to helping you thrive in a stressful world.* 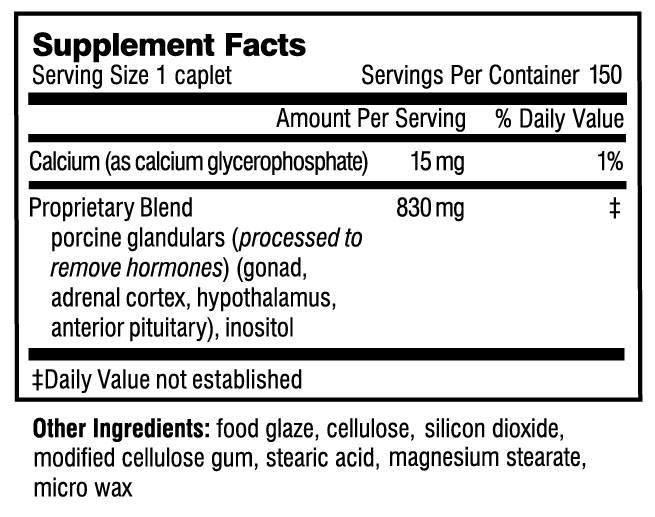 What is Dr. Wilson’s Adrenal Rebuilder?
Dr. Wilson’s Adrenal Rebuilder is a unique dietary supplement created by Dr. James L. Wilson to help people experiencing adrenal fatigue and other issues related to adrenal depletion.* It is composed of porcine adrenal, gonad, hypothalamus and pituitary glands with their hormones removed and dried at a low temperature to preserve all the nutrients and protein complexes. It provides natural protein building blocks that are exceptionally bioavailable and compatible with the primary glands of the stress response system.* These targeted nutrients help replenish and strengthen adrenal structure and function, and support the other primary glands of the stress response system known as the hypothalamus-pituitary-adrenal (HPA) axis.* It works with Dr. Wilson’s Adrenal C Formula, Super Adrenal Stress Formula and Herbal Adrenal Support Formula as part of Dr. Wilson’s Adrenal Fatigue Protocol to comprehensively support adrenal health during adrenal fatigue and stress.* [return to top]

What does Dr. Wilson’s Adrenal Rebuilder do?
As far back as 1918, commercial products containing glandular substances were available for the specific purpose of helping support a particular gland.* Later scientists were able to show that when a particular gland is consumed, the constituents of that gland seem to be drawn into the same gland within the body.* The glandular extracts in Dr. Wilson’s Adrenal Rebuilder come from the adrenals and the other glands that are most important to your ability to withstand stress. Their constituents provide natural building blocks that can be readily incorporated into your same glands to strengthen them and support their healthy function.* Because Dr. Wilson’s Adrenal Rebuilder contains a carefully balanced blend of glandular tissue concentrates in the same form in which they occur in nature (but with the hormones removed), it provides already constructed nutrient building blocks that your body can readily absorb and use.* It is much easier and takes less energy for your body to incorporate already formed components than to build everything from scratch.* Strengthening these stress system glands, especially the adrenal glands, is key to promoting good stress recovery and vitality when experiencing adrenal fatigue.* [return to top]

Why is Dr. Wilson’s Adrenal Rebuilder made from porcine (pig) glands?
Pig glands are more similar to human glands than those of other animals such as cows, making them optimally bioavailable and compatible for human use. They are a rich source of protein structures and other nutrients that can be readily used to nourish the same glands in humans.* [return to top]

Who can take Dr. Wilson’s Adrenal Rebuilder?
Dr. Wilson created Adrenal Rebuilder especially for people who are experiencing stress-related adrenal fatigue or other states of adrenal depletion.* [return to top]

How long do I take Dr. Wilson’s Adrenal Rebuilder?
Because Dr. Wilson’s Adrenal Rebuilder contains the nutritional part of high quality glands without the hormones, taking it will continue to provide daily support for your stress response system as long as you need that support.* Adopting the lifestyle changes Dr. Wilson recommends and using Adrenal Rebuilder with Dr. Wilson’s Adrenal Fatigue Protocol as suggested, people experiencing adrenal fatigue typically begin to notice benefits within a month to six weeks and find that six to twenty-four months or more of consistent use is optimal.* Depending on overall health, current condition and genetic strength of the adrenal glands, and how stressful life is, individual cases can vary substantially.* It is important to realize that even though it may take time and require some changes in your life, real vitality is possible.* Many people give up before they give themselves a chance to get the full benefit because they have a set back or two or for some other reason. We have seen great results too many times to doubt that it is doable for almost anyone.* [return to top]

Can I take too much of Dr. Wilson’s Adrenal Rebuilder?
Because Dr. Wilson’s Adrenal Rebuilder contains nutritive glandular concentrates without hormones, taking more than the recommended amount has no adverse effect on your body that we know of.* For example, although it is not intended to be a pet supplement, we have had several calls from people whose dogs have eaten an entire bottle of 150 caplets without any adverse effects. One woman called to order more because her dog ate the full bottle of Dr. Wilson’s Adrenal Rebuilder the day she received it. She called again, shortly after receiving the second bottle, to order a third because her dog had eaten the second entire bottle. She reported that after eating the entire bottle, her dog had no adverse reactions. However, taking more than about 12 caplets per day probably will not increase its effectiveness.* [return to top]

Thank you for selling this product… I do not know where I would be without it!:
Jill – NJ

This product is amazing! I normally have to have chocolate to get through the day, but I even forgot there was such a thing. I am so elated that I have my brain back.:
Barbara

Taking Adrenal Rebuilder and Super Adrenal Stress Formula has been great! I used to sell and take a lot of vitamins but I think these really speak to the problem.:
Kim D. – MI

I’m using the Adrenal Rebuilder and I don’t want to run out because it has been such a miracle for me.:
Barbara M.

Your Adrenal Rebuilder is fantastic. I haven’t felt this good in years!:
Stephanie M. – WI

I am getting really great results with the Adrenal Rebuilder.:
Dr. Beaudet – WI

I love the Adrenal Rebuilder and have noticed amazing results.:
Barbara B.

Thank you for making such wonderful products! The Adrenal Rebuilder especially has made a difference for me.:
Matthew – AZ

I have been taking the Adrenal Rebuilder for 3 weeks now and I feel great! Because I work in a health store I have also had the chance to try many other adrenal products and nothing has worked for me the way that Dr. Wilson’s products do.:
Elizabeth C.

I started only one week ago taking Adrenal Rebuilder and Super Adrenal Stress Formula and I am amazed.:
Prue W.

My endocrinologist told me that I needed to stop using the Adrenal Rebuilder because it was working too well! Thank you for everything Dr. Wilson!:
Andrea B.

I have found the book and the Adrenal Rebuilder product helpful for my energy issues. Thanks so much!:
Nancy M.

I was just diagnosed from my doctor as having adrenal fatigue. I have started taking the Adrenal Rebuilder and love it!:
Kalli

I would go as far to say Adrenal Rebuilder is the best supplement that I have ever taken.:
David F. – CA.

Adrenal Rebuilder saved my life. I am able to tolerate Adrenal Rebuilder; it is very easy to take. Adrenal fatigue is real and no one appreciates Dr. Wilson more than I do.:
Betty R. – VA